“If you didn’t have so much stuff, you could just walk around all the time. That’s all your house is. It’s a pile of stuff with a cover on it.” – George Carlin 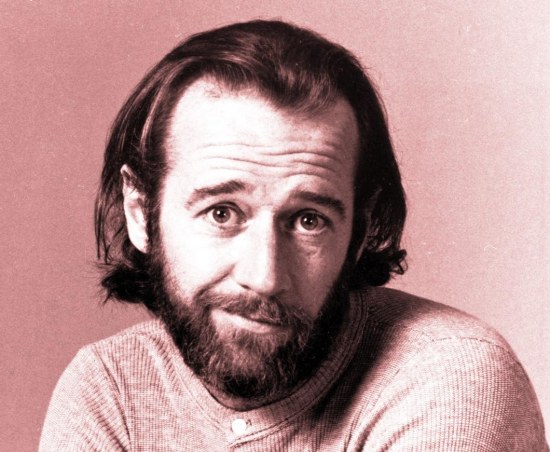 George Carlin, the genius comic known for pointing out huge flaws in the way people think, has predicted many things that would change in society over the years. In retrospect, he may have changed them himself simply by bringing them to everyone’s attention. One of his greatest bits that plays like a Minimalist Manifesto is “Stuff”.

I remember watching this when I was much younger, laughing about how hilarious it was that he viewed life that way. Good comedians are great at taking everyday experiences and showing them to you in ways you had never thought of before. Suddenly something you had taken for granted seems ridiculous, and you laugh, then go about your day.

Watching this again recently, my jaw dropped. Line after line hits the biggest reasons for minimalism, each one stronger than the next. After laying out exactly how people anchor themselves down by spending all of their money on stuff they don’t use and buying larger places just to store it, he goes right for the jugular.

We’ve got more places than we’ve got stuff. We’re gonna have to buy more stuff!”

He’s dead on about getting to a place and immediately setting everything up to be easily accessible, transforming from Turtle Mode into Relaxed Mode. The big difference here is that as a minimalist, that doesn’t take long, and doesn’t generally involve distributing everything into drawers around a room. One bag slides out as a dresser, another slides out for the bathroom, set up the computer, and boom, it’s time for adventure.

It’s amazing to hear him talk about pulling together less and less stuff for each smaller trip, slowly figuring out what the true essentials are. Listening to his rants down the thought processes involved in deciding what to bring brings back memories of what it was like deciding what was necessary to bring in one little backpack. You won’t get it all right the first time, but it’s great to hear what others have done before you so you have a good idea. When you know everything you own and it’s all sorted into a small area, it’s easy to decide what you need for any trip and throw it on your back as you run out the door, never missing an adventure due to being unprepared again.

Once you know what you really need, not only to survive, but to have a truly amazing, adventurous life, why would you ever waste all of your money on stuff? Then throw more money after it just to have a place to put that stuff? The world is a big place, and providing people don’t hoard everything they might possibly need into their locked house, there is enough for everyone.

Share what you have. Be generous and give to others before they even ask. Don’t be afraid to ask for something you will only use once instead of hoarding more for yourself. This is all taught in elementary school, but somehow gets lost to the years as people get greedier and more defensive. The more you give, the more you get. The more you hoard, the less you have.

George was a brilliant man, and far ahead of his time.