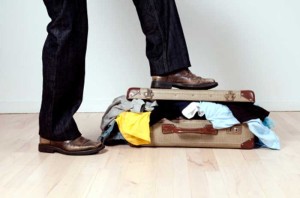 When you first start traveling longer-term, there are a lot of things you tend to forget about. The things you use every day, like your toothbrush and clothes, you have no problem remembering. You pack all of this stuff when you go on vacation anyway. But what about the things that you use infrequently, but are horribly annoying when you realize you’ve forgotten them?

One thing that I have ended up lending to more people than you would imagine is nail clippers. When you leave for a month for the first time, you forget about them until you snag your unwieldy claws on an airplane seatbelt. Then every time you reach to grab something, you get a painful reminder the you forgot this basic tool that not even an amazing multitool can replace.

As someone whose earthly possessions fit into one small backpack, every inch of space counts, and carrying around one of those massive levers they sell at Wal-Mart isn’t an option. Like everything else, time was spent researching and testing until I found the smallest, strongest, most effective nail clipper on the market, and it’s had a special space reserved for the last 3 years. 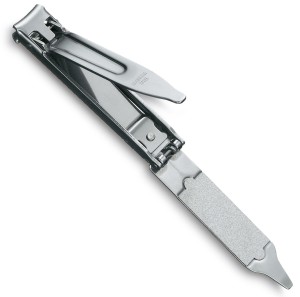 The Victorinox nail clippers are all of the above, and then some. They are so tiny that when I was rushed to find them a few times, they seemed lost. In reality, they had just squirreled away to a nook of my backpack that wasn’t findable in a hurry, and they came out to play again as soon as there was a chance to sit down.

They look beautiful, and are some of the strongest clippers I’ve encountered, even doubling as scissors for thick plastic and small ropes. Then they fold up into a tiny almost-flat rectangle to be forgotten about until you need them again. They are decidedly more expensive than those massive, cheap nail clippers they sell at Wal-Mart, but they are worth every penny.

Just put them in a more obvious place than I do when I’m rushing between airports. You know, to keep their squirreling antics at bay.